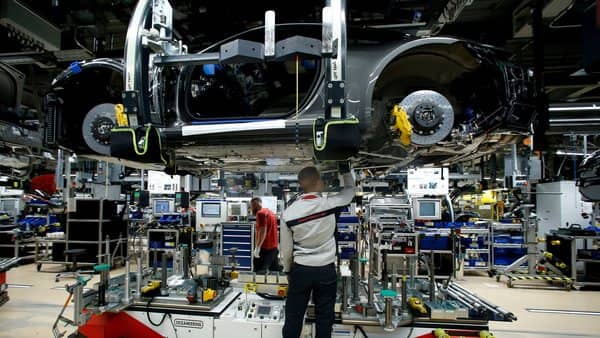 Waning momentum in global business activity is weighing on business confidence. JP Morgan’s Global Composite Purchasing Managers’ Index (PMI) survey showed that business optimism dipped to a near three-year low in April. Confidence has been easing at manufacturers and service providers alike. The future output sub-index, which gauges outlook for the upcoming 12 months, fell to 61 in April from 61.3 in March.

Global growth has been stagnating in recent months, given the slowdown in worldwide exports. But now it is feared that re-escalation of trade wars between the US and China could further delay global recovery.

Although optimism among Indian companies was slightly better in April than the previous month, increase in order book volumes was the weakest in eight months. The survey showed that new business growth moderated at the start of fiscal year 2019, reportedly curbed by elections and a challenging economic environment.

Of course, a fully-blown trade war will have an indirect impact on India sooner or later, but election-related worries are also hurting stock market sentiment for now.

“The elections have led to heightened volatility in India, relative to emerging markets (EM). The outcome of polls on May 23 is likely to drive short term movements. Yet the direction of EM – driven in part by the trade war – will remain an overarching driver for the Indian equity markets,” Sanjay Mookim, India equity strategist, Bank of America Merrill Lynch said in an email response.

“Should the US-China trade war continue to drag on, and if the US raises tariffs on China, then the outlook for growth in many regions will worsen. This can drive flows out of EM, which will hurt India as well. We have benefited from passive flows into EM year-to-date, and will not be insulated on the way out,” he added.

business:, global, growth:, of, on, optimism, repercussions, slowing, the