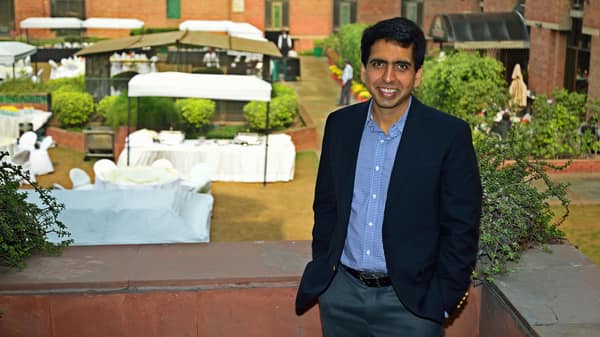 Founded in 2007, the online-learning not-for-profit Khan Academy ignited the conversation around online education. In an interview with Mint, its founder, Salman Khan discusses what the future holds for education in developing countries like India, and what automation and artificial intelligence will contribute.

What is the future of education, according to you?

There’s another dimension to the future of education, and that’s a move from fixed-paced instruction to personalized, mastery-based instruction and practice. In a traditional education model, students are moved ahead at a fixed pace, which causes them to accumulate gaps in learning. If you didn’t understand some of the material but the class moves to the next concept, you have a knowledge gap, and at some point those accumulated gaps become so debilitating that students have trouble in algebra, calculus or physics.

In mastery-learning classrooms, software can help students learn at their own pace. If you’re only at an 80% level of understanding, you should be able to keep working on it until you have mastered the subject. Helping students with personalized instruction would not have been possible 20 years ago but now we have the technology. Now, teachers can track student progress with data, identify those gaps, and do more focused interventions.

In the next 10 years, all people on the planet will have access to world-class materials that are provably effective.

What will the future classroom look like? Is it no classroom?

There will always be a need for a physical classroom. I believe this so strongly that we have started a lab school underneath the Khan Academy’s offices. When I started Khan Academy, I didn’t view it as a substitute for a classroom but as something that could liberate a traditional classroom. In the class of the future, I envision students and their teachers interacting in a way that’s much more engaging and productive.

Is a free-to-the-world education model sustainable, especially when a lot of edtech companies are getting funded?

At heart, I’m a capitalist. In my previous job, I was an analyst at a hedge fund and I have a background at business school. Everything I’ve ever done has been in the for-profit world, but I came to the not-for-profit because there are certain parts of the society where markets are failing or are not doing what we need them to do from a moral point of view. To me, there are two obvious places where not-for-profits fill a role: healthcare and education.

When Khan Academy started 10 years ago, many people wanted us to be a for-profit business and I entertained some of those ideas, but it just didn’t feel right. Education is a space where our value system comes into play. It’s not about making a profit, but providing access to education to all who want it. The original thought behind making Khan Academy a not-for-profit was that maybe it could be something of an institution for the whole planet. Fast-forward to today, and I think this was the right decision. Khan Academy has been able to scale in a way that for-profit companies in edtech haven’t been able to. This is because the world wants to put its energy into a scalable solution with a social purpose.

Sometimes there is a perception that a non-profit is not for people who have resources, and this is why it was very important to me to have Khan Academy’s mission statement as “a free world-class education for anyone, anywhere”.

From day one Khan Academy has aspired to be the best education platform out there, whether free or paid. I’ve heard of families that get sold on very expensive software tools that are frankly inferior to what we provide for free. Families around the world are using Khan Academy because they know our motivation is to have the maximum positive impact on students, and not make a profit.

AI is being posed as an existential threat to humanity. In a country like India, how can one prepare for the jobs of the future? What role can learning play?

Society faces an important existential question: how will we create a more utopian world with the introduction of AI and robotics? We have faced these inflection points before with the Agricultural Revolution and the Industrial Revolution. In future, access to a world-class education for anyone, anywhere is a must have.

Instead of having a traditional labour pyramid—with a few entrepreneurs and a creative class on top and a large labour class at the bottom—Khan Academy hopes to invert that pyramid by providing more access to education so that the most number of people are at the top of the pyramid, and these are the people who can contribute to society in meaningful ways.

What are the fads in education? One hears about AR, VR, even emojis as the new way of teaching. Can technology really replace the old-school teacher?

Technology definitely cannot replace everything that a human being can do. However, I do think there are definitely situations where technology can be of service. For example, if a school doesn’t offer certain courses, or a student can’t access a great school, or needs help at home, technology can be part of the solution. That’s what Khan Academy is around for—to support the student and the teacher to be even better.

In terms of some of the more leading edge technologies like virtual reality, I think they will play a role in education in the next 20 years, but we’re not there yet.

Though some consider me a technologist what I think we should focus on now is: how do we solve problems with the tools we have? There are a lot of students who don’t have access to a world-class education. How do we give them access? Many students have difficulty with algebra because they have gaps from their fifth-grade math.

How do we close those gaps? I want technology to be part of those solutions.

Academy, aims, all:, education, for, invert, Khan, labour, pyramid, Salman, to, with