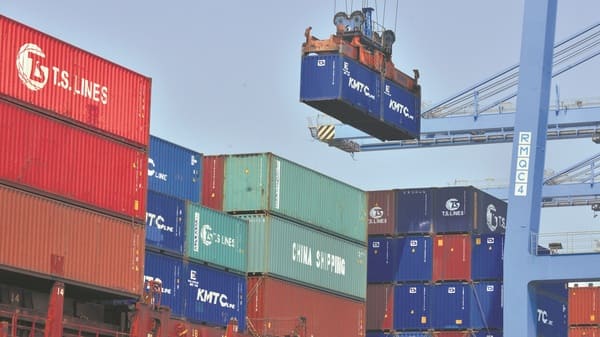 New Delhi: The ongoing trade war between the US and China offers an opportunity to India for boosting exports of as many 350 products such as chemicals and granite to these countries, a study by the Commerce Ministry has said.

The identification of these products is part of a study carried out by the ministry which states that the ongoing tariff or customs duties war between the US and China proves a big window of opportunity for enhancing India’s exports to these two nations.

Both the US and China are imposing heavy import duties on each other’s products, which has triggered a trade war kind of situation.

According to the study, as much 151 domestic products including diesel, X-ray tubes and certain chemicals have an outright advantage to displace the US exports to China.

Similarly, 203 Indian goods like rubber and graphite electrodes have the advantage to displace Chinese exports to the US.

It said that the specific products in which India can potentially expand exports to China immediately based on its strengths and available market access in the neighbouring country and also those in which concerted efforts need to be made to acquire market access are being shared with the line ministries.

The ongoing trade war may bring about a shift in the global trading patterns due to spillover effects and displacement of the bilaterally traded communities to other countries, it said.

The Indian products which can tap the Chinese market include copper ores, rubber, paper/paperboard, equipment for transmission voice/data in a wired network, tunes and pipes.

Similarly, domestic goods which can grab exports opportunities in the US market include industrial valves, vulcanised rubber, carbon or graphite electrodes and natural honey.

Increasing exports would help India narrow the widening trade deficit with China, which stood at USD 50.12 billion during April-February 2018-19.

Federation of Indian Export Organisations (FIEO) President Ganesh Kumar Gupta said that the trade war between the US and China is benefitting India.

Echoing the views, Ludhiana-based exporter and former FIEO president S C Ralhan said enormous opportunities are there in the engineering and machinery sector in both the countries and “we have to tap that”.