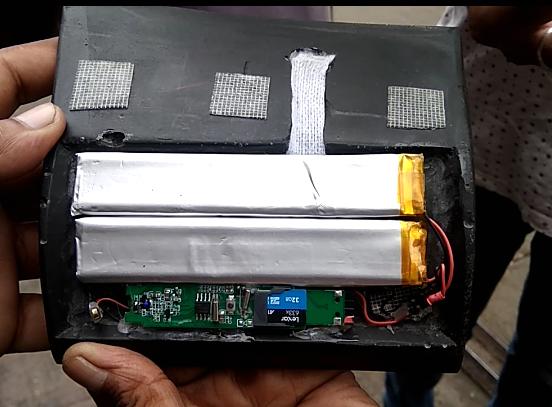 As per a report, Hatigaon Police had recovered a gadget from the SBI ATM kiosk at Last Gate in Guwahati on Friday. Sources also informed that these newly advanced gadgets are being installed at the ATM machines by cybercriminals in order to snoop on all the necessary details of an ATM card.

Police sources also mentioned that as per preliminary investigation, no arrests have been made in connection to the incident, however, the police officials are being constantly in touch with the State Bank of India authorities.

Police officials also informed The Sentinel Digital that the department had sought for the CCTV footages of the Last Gate SBI ATM kiosk.

Police sources further informed that prime facie there is no evidence or any major inputs in connection to the case, however, the department is closely monitoring the CCTV footages which can work as a major lead into the case.

It may be mentioned that the entire incident came to light after a citizen informed the matter to the bank officials today afternoon.

All About Cyber Crime

Cybercrime, or computer-oriented crime, is a crime that involves a computer and a network. The computer may have been used in the commission of a crime, or it may be the target. Cybercrimes can be defined as: “Offences that are committed against individuals or groups of individuals with a criminal motive to intentionally harm the reputation of the victim or cause physical or mental harm, or loss, to the victim directly or indirectly, using modern telecommunication networks such as Internet (networks including chat rooms, emails, notice boards and groups) and mobile phones (Bluetooth/SMS/MMS)”.

There are also problems of privacy when confidential information is intercepted or disclosed, lawfully or otherwise. Debarati Halder and K. Jaishankar further define cybercrime from the perspective of gender and defined ‘cybercrime against women’ as “Crimes targeted against women with a motive to intentionally harm the victim psychologically and physically, using modern telecommunication networks such as internet and mobile phones”. Internationally, both governmental and non-state actors engage in cybercrimes, including espionage, financial theft, and other cross-border crimes. Cybercrimes crossing international borders and involving the actions of at least one nation-state is sometimes referred to as cyberwarfare.