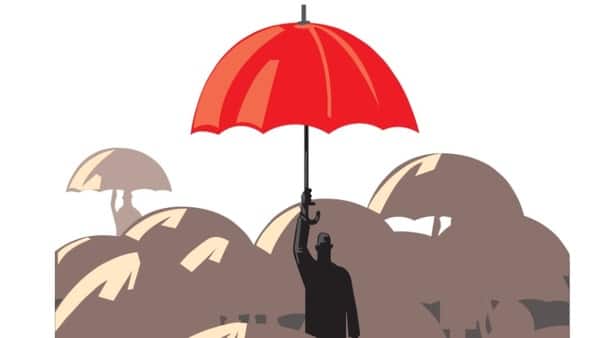 The Mint SecureNow Mediclaim Ratings (MSMR) have been painstakingly put together each year, for the past six years, by a joint Mint-SecureNow team. Months of effort go into collating and validating the data and, over the years, MSMR’s scope has steadily increased. There used to be 55 products, the current MSMR has 112. In 2014, 10 age-sum insured-family structure categories were rated, this year there are 24. The ratings cover ages 30 to 75 and sums insured of ₹5 lakh to ₹50 lakh, and categories of individual and family floater plans.

There have been changes in the criteria over the years. The weightage for claims has increased from 20% to 35% whereas for product features and premium it has reduced from 50% to 40% and from 30% to 25%, respectively. Previously, only claims settlement rates were scored, now weights are also given to claim complaints and settlement times. The weight for product features has been reduced because many features that were once considered unique are now standard. For example, disease-wise capping and disease-wise waiting periods have mostly been done away with by the insurers. Similarly, co-pay is now typically an option rather than an in-built restriction. Our product criteria focus has remained the time that pre-existing diseases are excluded and the restrictions on room type.

For premiums, we have changed the methodology for ranking. Previously, the premium at the category age point, say, 30 years, was considered. However, we found that for some insurers there were large price increases with age. That’s why, for the past three years, we have used an average of current and future premiums for scoring. For example, at age 30, we will use the average of ages 30, 45 and 60.

Because the MSMR is transparent, it generates intense feedback from the insurers. In 2014, after the first MSMR was published, executives from a large general insurer were unhappy because their flagship product had been rated ‘C’. Their entire product and marketing team spent hours going over the criteria, understanding the rationale. The level of scrutiny and constructive engagement has only increased as the MSMR has got better established.

To know how these policies were rated on individual parameters

We, typically, get three objections—that maternity is not given weightage, claims settlement rates do not differentiate between group and individual insurance, and certain value-adds such as international cover are not considered. We’ve argued that maternity is not relevant for the age groups 30 to 75 years. Fewer than 10% of women have children at age 30 and this reduces at older ages.

The distinction between group and individual claims is an important one. In group business claim settlement rates are high, upwards of 95% in many cases, because most restrictions are waived off. In individual business, claim rejections are bound to be higher. So, if a company has a large proportion of group business, then the overall settlement rates are better. However, despite being aware of this issue, insurers do not publish the claims settlement separately for individual and group. Our stand is that we will use only public information in the ratings and will immediately shift to individual claim settlement rates if those are published. The onus is on insurers to make this happen. We leave out many value-added benefits such as international cover, Ayush treatment, second opinions and tele-diagnosis because we do not have any evidence of how much they are used. Sometimes the conditions for use are restrictive and vary considerably among insurers. Take international cover as a much-in-demand feature. Some limit this to a few diseases, a few insist on cashless settlement, while others on reimbursement. In one case, treatment in select countries is excluded.

To know how these ratings are calculated

There are a handful of products that have consistently managed to stay ‘A’ rated over the years. There are also some that have doggedly remained ‘C’ rated. But what I find encouraging is that some products that were C-rated in 2014 have now crossed over to A. The large general insurer that I described earlier is one such example. Over six years, it sharply improved claims performance and kept premium rates relatively unchanged. This then is the most satisfying aspect of the ratings—the average number of A-rated products per category has increased from four in 2014 to seven in 2019.